If you believe in hell, do you believe it is eternal? Do you believe it is a place of absolute separation from the presence of God, filled with screams and the terror of those suffering in everlasting torment? My intention in this page is to verify beyond a shadow of a doubt, especially to those who believe the words of the Bible, that if there is a hell, it can not be eternal. After all, smile, only God is eternal. 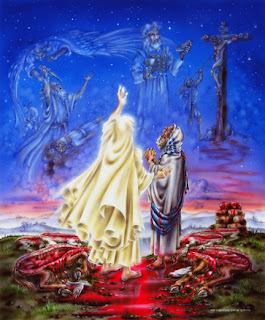 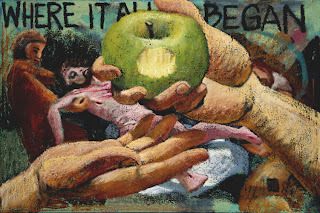 He also himself likewise took part of the same;
- He Himself also, in the same way, took on Him a share of it -- Wey
- he himself participated in their nature -- Mof
- he too shared that inheritance with them -- Knox
- he took a body himself and became like them -- Bas
- he also became a human being -- Phi 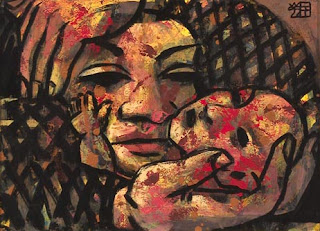 1 John 4:14
And we have seen and do testify
- And we have beheld and bear witness -- ASV
- We ourselves are eyewitnesses able and willing to testify to the fact -- Phi 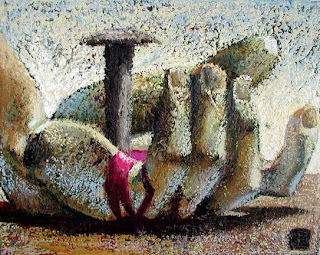 Luke 10:54
And when his disciples James and John saw this, they said, Lord, wilt thou that we command fire to come down from heaven, and consume them, even as Elias did?

But he (Jesus) turned, and rebuked them, and said,
- and sternly corrected them -- Beck
- and spoke disapprovingly to them -- Nor

Ye know not what manner of spirit ye are of,
- You do not understand what spirit it is you share -- Knox 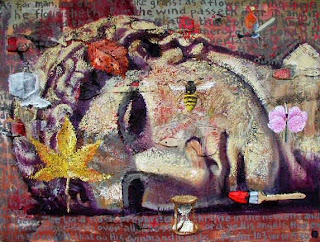 Romans 10:20
But Esaias is very bold, and saith,
- But Isaiah, more daring still, puts these words into the mouth of God -- Phi

I was found of them that sought me not;
- I was found by those who were not seeking me -- TCNT

James 1:18
Of his own will begat he us with the word of truth
- Of his own accord he brought us into being through the message of truth -- Gspd
- Of his set purpose -- NEB
- Voluntarily -- Ber 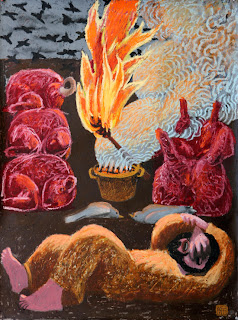 that we should be a kind of firstfruits of his creatures.
- that we might be in a sense the first fruits of all the things which he has made -- Bas
- and we became, as it were, the first children of His new family -- Tay
- so to speak, the first specimens of his new creation -- Phi
- as it were, an earnest of still further creation -- TCNT
-----------------

Romans 5:19
For as by one man's disobedience
- For, as through the disobedience of the one man -- TCNT 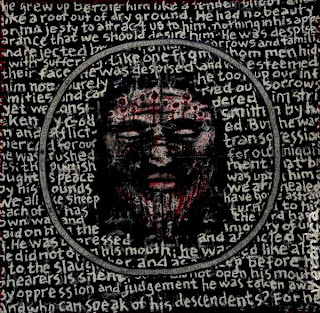 Romans 5:18
Therefore as by the offence of one judgment came upon all men to condemnation
- Therefore, as the fruit of one offence reached to all men, and brought upon them condemnation -- Con
- Well then, as one man's trespass issued in doom for all -- Mof
- To conclude then: As the one fall affected all men for their condemnation -- Ber

Hebrews 9:24-26
For Christ is not entered into the holy places made with hands,
- For Christ, the Messiah, has not entered -- Amp
- For not into a Holy place made by hands entered Christ -- Rhm

as the high priest entereth into the holy place every year
- enters into the (Holy of) holies every year -- Amp
- enters annually into the sanctuary -- Ber
- enters the Holy Place, year after year -- Wey Philippians 2:8-11
And being found in fashion as a man
- And having appeared in the guise of men -- Con
- Then he appeared among us as a man -- TCNT
- And being recognized as truly human -- Wey
- and appearing in human form -- Mof

even the death of the cross.
- going so far as to actually die a criminal's death on a cross -- Tay 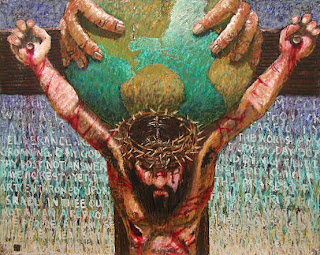 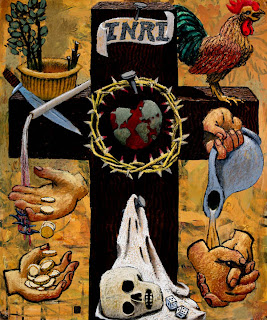 For in that God put all in subjection under him.
- For in subjecting (to him) the all things -- Rhm
- For in making man the ruler over all things -- Bas
- Notice that the writer puts "all things" under the sovereignty of man -- Phi
- Now when He gave Him authority over everything -- Wms 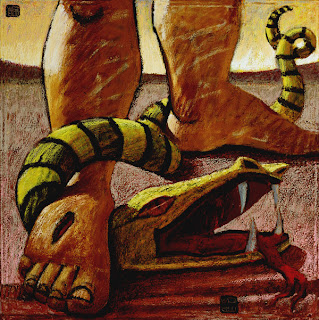 But now we see not yet all things put under him.
- But, as it is, we do not yet see all things controlled by man -- Mof
- But now not yet do we see to him the all things subjected -- Rhm
- But as yet we do not see everything actually under His authority -- Wms

in bringing many sons unto glory,
- when leading many sons to glory -- TCNT
- in guiding his many children to his glorious salvation -- Gspd 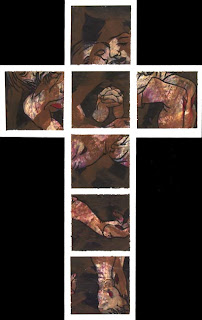 hath quickened us together with Christ,
- called us to share the life of Christ -- Con
- gave Life to us in giving Life to the Christ -- TCNT
- made us ... live again with the Christ -- Gspd
- and he, in giving life to Christ, gave life to us too -- Knox

Philippians 3:21
(the Lord Jesus Christ) shall change our vile body,
- shall fashion anew the body of our humiliation -- ASV
- will transform our humbled body -- Rhm
- he will make our poor bodies over -- Gspd
- When he comes back He will take these dying bodies of ours -- Tay

Colossians 1:16
For by him were all things created,
- for in Him was created the universe -- Wey


that are in heaven, and that are in earth, visible and invisible,
- whether spiritual or material, seen or unseen -- Phi
- of things in heaven and on earth, things seen and things unseen -- Wey


whether they be thrones, or dominions, or principalities, or powers:

- Angels and Archangels and all the Powers of Heaven -- TCNT
- the spirit world with its kings and kingdoms, its rulers and authorities -- Tay 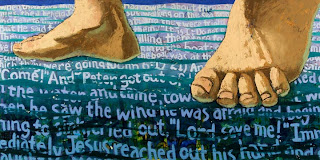 What is his body,
- for the Church is Christ's Body -- TCNT

both which are in heaven, and which are on earth;
- everything that exists in Heaven or earth -- Phi
- all in heaven and on earth -- NEB 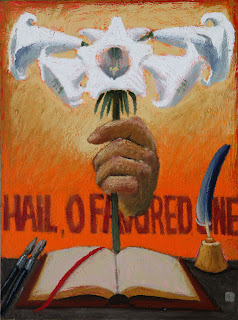 For who hath known the mind of the Lord? or who hath been his counselor?
- Who has ever known the Lord's thoughts, or advised him -- Gspd

and it shall be recompensed unto him again?
- that he should deserve a recompense -- Con
- so that he may claim a recompense -- TCNT
- So as to receive payment in return -- Mon
- and so earned his favours -- Knox


Revelations 5:13
And every creature which is in heaven, and on earth, and under the earth, and such as are in the seas, and all that are in them, heard I saying,

Blessing, and honour, and glory, and power, be unto him that sitteth upon the throne, and unto the Lamb for ever and ever. Amen!


So in light of this...
if GOD is the Final Goal and First Cause of the universe...
if ALL will be filled with the fullness of HIM who fills everythingeverywhere...
if ALL will be subdued/brought into subjection to God...
if the ultimate awesome reality is that ALL was and is and will be HIS, and that in the end God shall be wholly and absolutely God...
can ANYTHING be separated from Him
eternally/everlastingly/forever... and ever?


Do you see that
an "eternal" hell
is completely, totally, irrevocably
incompatible with this message?

Do you see that
an "eternal" hell
is completely, totally, irrevocably
dishonoring to the Father and the son?

Do you see that
an "eternal" hell
must be an erroneous doctrine?

Isn't it high time
the Lord Jesus Christ received
the glory due His inestimable Name
for the work He accomplished
for The ETERNAL Father?

When the people heard this, they were moved to the depths
of their hearts and said... what are we to do?

Peter answered, Repent---change your views and purpose
to accept the will of God in your inner selves instead of
rejecting it---and be immersed (baptized) every one of you,
in the name of Jesus Christ, for the forgiveness of your sins,
and you will have the Holy Spirit given to you.

For it is to you and your children that this great Message
comes, and to all those in distant times and places, even to as
many as the Lord our God invites and bids come to Himself.

God is the
Final Goal and First Cause
of the Universe
Hebrews 2:10

Written with the hope
that we may see through
the glass less darkly.
1 Corinthians 13:12